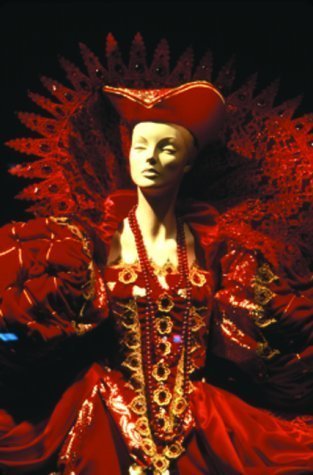 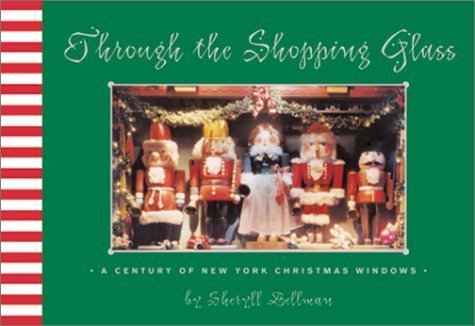 Every Christmas, for as long as gift giving has been a Christmas tradition, and along with the popularization of the Department Store and their need to sell these gifts, there have been Christmas window displays.

Every Christmas season, people from all over the world come to New York City.  Though, while most cannot afford the concerts, plays, and upscale shopping to be had, there are still plenty of seasonal delights to savor.  The glittering lights of the towering tree in Rockefeller Center, the tantalizing aroma of roasted chestnuts sold by street vendors, and most of all, the dazzling department store windows decked out in all their finery.  In fact, the glory of those windows has become synonymous with what is unique about Christmas in New York.

We have all seen pictures of children with their noses pressed up against these enchanting windows, dreaming, imagining, or wishing for a special toy, a new doll, or just dreaming of a magical and wondrous time.  This is the fantasy that comes to life in these marvelous fairytale sets.

Anyone fortunate enough to have spent time in New York at the holiday season has fond memories of being mesmerized by those windows during family outings in which shopping was the main event.  Even the most jaded of New Yorkers, wearied by work and the holiday crush, cannot help but slow their frenzied pace to gaze for a few moments at the pageantry, the magic, the sights, sounds, and yes, even the scents of those wondrous awe-inspiring window displays.  It's what everyone thinks about when thinking of Christmas in New York City.

Regardless of one's religious affiliation or beliefs, these windows represent much more than Christmas itself.  They are a delightful escape from our everyday life, a recapturing of our childhood innocence; a glimpse of cherished times gone by and of fantasies only imagined.  They are intricate works of art painstakingly planned and created, visual candy to enchant children of all ages.  Imagine a world made of sugar, where toys come to life and dance just for you. Imagine yourself transported to the Vienna Opera House for a grand concert, or skating on the frozen pond on Central Park at the turn of the century.  You need only stand outside a lavishly decorated department store window to be transported to another time or another reality.

In New York, the Christmas season is always heralded with the annual Macy's Thanksgiving Day parade, and the arrival of Santa Clause.   The major department stores, as well as the smaller shops all use this time to shine and to showcase their splendid artistry in their finest windows. Music fills the air as visitors line up for blocks for the opportunity to see the colorful animated displays, sometimes waiting for hours to get a glimpse.   This is all a part of Christmas in New York.  This is what everyone waits for all year long.

Such luscious materials clutter the windows in dazzling opulence--brightly colored velvets, silks and brocades, garlands of holly, gilded frames, topiary trees lit with tiny lights, birch trees, pine trees, Christmas trees made up of everything from teddy bears to baskets of fruits and nuts.  There are cookies, gingerbread, candies, candy canes and cakes, all good enough to eat, and golden angels, extravagant feathers, ribbons, tinsel, snowflakes, bows, candles and jewelry, real or just fabricated.   In the later part of this century, authentic antiques and valuable collectibles are being used in the windows. This was evidenced in 1998, when an antique screen from the home of the late Helena Rubenstein was shown.   Some contain every conceivable form of material used in the most innovative ways.  From soup cans, to slinkys, from re-cycled materials to thousands of tubes of lipstickâ€Nothing is what it seems with these little vignettes, and one has to view them with a clever eye to see how really far window dressing has come in this century.

All of these window displays are designed by extremely talented designersâ€artists of the highest caliber, many who have used window decorating as a springboard for their careers.  The talents of Andy Warhol, Maurice Sendak, Robert Raushenberg, Jasper Johns and Gene Moore actually began their careers as window artists. Even the established artist Salvador Dali was hired in 1937 to design the windows of Bonwit Teller--but that's another story!  Every year these creative geniuses vie for the most unique and stunning window settings, spending months researching, planning, and creating every tiny detail to instill delight in the viewer and to draw customers to their store.

The creation of the holiday windows is as precise and complex as bringing any theatrical production to life.  First comes the theme-the premise and from that initial thought, the process of researching the idea, and then formulating the theme with initial sketches that will be refined and fine tuned until it is at the point that the craftspeople are brought in to make these dreams a reality.

These elaborate display windows represent the efforts of many artisans--from the graphic designers to the draftsman, sculptures, metal workers and carpenters, to electricians, to mechanical experts, costume designers and milliners.

Readers will see that as modern technology advanced through the years, so did the window displays.  Lord and Taylor were the first to use mechanical animation.  This intricate task requires extreme patience, and through creative genius, the animation comes to life in the most extraordinary ways. Each figure must be perfectly synchronized with all the other action taking place in the windowâ€the tiny motors and small mechanical parts are all in-sync.

These windows are unique in the fact that the floors of the windows are actually hydraulic elevators onto which the entire Christmas displays are mounted and positioned.  In mid November, the first day the windows are unveiled; the elevators ascend to the level of the street with yet another feat of magic! This is their Christmas card to the public. A visual gift for all the residents and visitor's to witness the wonder and magic of this treasured tradition.
Throughout the years, the themes were as varied as there were windows.  New York is an ever ending source of inspiration for designers showcasing historic settings, such as the Zigfield Follies, Classic New York architecture, Broadway shows, the Harlem Renaissance, the Hudson River Valley, Central Park, and Fifth Avenue.   Christmas Music, songs, and children's literature, often featuring The Christmas Carol, Peter Pan, Little Women and The Night Before Christmas, have been repeatedly showcased throughout the years--and how could anyone tire of the wonderful story of the Nutcracker!  There are toy displays in every conceivable form, from Raggedy Ann and Andy, to Circus animals, to life-size dolls, fairy tales, folk stories and legends. One of the most delightful Christmas windows was in 1994, when the windows featuring the famed Artist, Norman Rockwell were caricatured.

Unfortunately, we all may not have the opportunity to have seen these windows in person.  And even those who live in New York or have the chance to travel there can only imagine what those glorious creations looked like twenty, fifty or even a hundred Christmases ago.  Hopefully this book will satisfy those longing to see a time gone by, to experience the colors and smells and senses of the holidays, and perhaps to remember all over again.